Face to Face with John Lennon 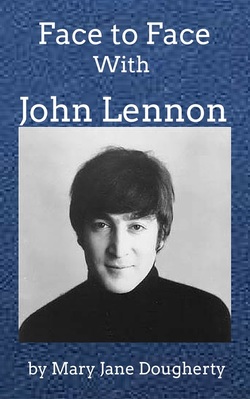 The true story of the Beatles unexpected
arrival in Anchorage, Alaska in the summer
of 1966.

Dash right into the story and find out how I came face to face with, John Lennon one of
the most legendary musical artists of all time.

How I became face to face with John Lennon ,  one of the most famous musical artist of all time.

At the age of 14 and having been a part of something so huge as the Beatles unexpected
arrival was mind boggling. In 1966 in my home town of Anchorage, the actual Beatles were
here.

Not on television or in a movie or voices on the radio. My experience on that day with my
family was unbelievable. Just a short recap of that day. We had a madcap ride to and from
the airport. Screaming crowds of fans outside their hotel. And the best, seeing the Beatles.


Back on February 7th 1964 a couple of years before they arrived in Anchorage. They flew across "the pond" to New York City for their first visit to America. Landing at New York's Kennedy Airport
from London Heathrow on a Pan Am Yankee Clipper, flight 101.

"I Want To Hold Your Hand," was No. 1 on the charts. The Fab Four, had found "Beatlemania" right here in America. Thousands of screaming fans greeted them causing an all right, British invasion. By the sight and size of the crowd, they had to know that they truly made it in America.

Two days later, the Beatles appeared on the variety television program, The Ed Sullivan Show. Who showcased such stars as Frank Sinatra, Topo Gigio and Judy Garland. Well, the estimated viewers of the Beatles on that show were around 73 million. With their tour all done in America
they returned to England on February 22nd.

And dare I say this: "The rest is history."

Fast forward to the summer of 1966 I was part of "Beatlemania" Alaska style when the Beatles landed in Anchorage. So grab a copy of my book right now and join me on an amazing adventure with the Fab Four and the moment I came face to face with John Lennon.

A dash of entertaining fun for you and your family